Richard Holmes is Professor of Biographical Studies at the University of East Anglia, and editor of the Harper Perennial series Classic Biographies launched in 2004. He is a Fellow of the British Academy, has honorary doctorates from UEA and the Tavistock Institute, and was awarded an OBE in 1992.

His books have won the Somerset Maugham Prize, the Whitbread Book of the Year, the James Tait Black Prize, the Duff Cooper Prize and the Heinemann Award. His most recent book, The Age of Wonder, won the Royal Society Prize for Science Books and was shortlisted for the Samuel Johnson Prize. 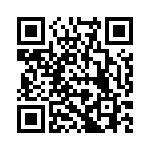