Brooke Moore is a professor of philosophy at California State University, Chico, where he serves as Coordinator of the Critical Thinking Program. A former chair of the Philosophy and History departments, Moore was the University Outstanding Professor in 1996. He has served as a university Master Teacher and has coordinated the university’s program for mentoring new faculty. His publications include The Power of Ideas (with Kenneth Bruder), The Cosmos, God, and Philosophy (with Ralph J. Moore), A Comprehensive Introduction to Moral Philosophy (with Robert Stewart), and other works.

Richard Parker is Professor Emeritus of philosophy at California State University, Chico. He has been three times chair of the university's Faculty Senate, Dean of Undergraduate Education, and Executive Assistant to the President and has received Professional Achievement Honors for his academic work. He has published in analytic philosophy, critical thinking, and philosophy of law, and his views on punishment and responsibility have been included in major anthologies. Outside academia, Parker is a semiprofessional flamenco guitarist, performing with dancers around and about northern California; he rides a Harley-Davidson motorcycle, plays golf for fun and pool for money, and spends as much time as possible in southern Spain. 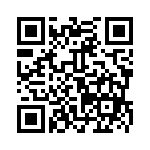