Seite 301
with so much precipitation , while , as the author nemarks , the court - house was crowded with an overwhelming throng , and surrounded with an immense multitude , ' is a question we shall leave to our readers to solve .
Seite 406
graces of the cardinal de Lorraine , who had promised him to protect his institution at the court of France , when he should return there . In fact , upon the instances of that cardinal , the king , Henry II . issued , in January 1550 ...
Seite 434
The Opinion of the Supreme Court of New Hampshire , in the case of the Trustees of Dartmouth College vs. Wm . H. Woodward , Esq . Pronounced at the November Term , Grafton , 1817 ; 17 cents , Concord . Reports of Cases adjudged in the ... 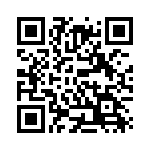