Anton Pavlovich Chekhov was born in the provincial town of Taganrog, Ukraine, in 1860. In the mid-1880s, Chekhov became a physician, and shortly thereafter he began to write short stories. Chekhov started writing plays a few years later, mainly short comic sketches he called vaudvilles. The first collection of his humorous writings, Motley Stories, appeared in 1886, and his first play, Ivanov, was produced in Moscow the next year. In 1896, the Alexandrinsky Theater in St. Petersburg performed his first full- length drama, The Seagull. Some of Chekhov's most successful plays include The Cherry Orchard, Uncle Vanya, and Three Sisters. Chekhov brought believable but complex personalizations to his characters, while exploring the conflict between the landed gentry and the oppressed peasant classes. Chekhov voiced a need for serious, even revolutionary, action, and the social stresses he described prefigured the Communist Revolution in Russia by twenty years. He is considered one of Russia's greatest playwrights. Chekhov contracted tuberculosis in 1884, and was certain he would die an early death. In 1901, he married Olga Knipper, an actress who had played leading roles in several of his plays. Chekhov died in 1904, spending his final years in Yalta.

Schmidt is a translator, playwright, and an actor. 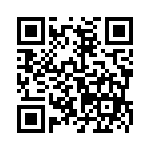