The author of this book has amazing knowledge of history, especially that of the Jews, which is very interesting. The book is set out to study chunks of seperate world events all relating to the Jews ... Vollständige Rezension lesen

Good book for knowing Judaism in short time. Starts from the beginning of Judaism and has got good details but at times biased. Vollständige Rezension lesen

Max I. Dimont, author of The Indestructible Jews, The Jews in America, The Amazing Adventures of the Jewish People, and Appointment in Jerusalem, was born in Helsinki, Finland, and came to the United States in 1930. He taught himself English by reading Shakespeare's plays, the Bible, and American plays translated into Finnish. After serving in intelligence with the U.S. Army during World War II, he worked in public relations and employee relations for Edison Brothers Stores in St. Louis. Following the first publication of the bestselling Jews, God and History, he lectured extensively on Jewish history throughout the United States, Canada, South Africa, Brazil, and Finland until his death in 1992. 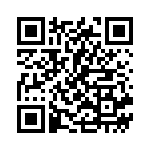