Gale R. Owen-Crocker is Professor Emerita at the University of Manchester, having previously been Professor of Anglo-Saxon Culture and Director of the Manchester Centre for Anglo-Saxon Studies. She has written extensively on Anglo-Saxon culture, particularly in the field of dress and textiles and has published several books. She directed the production of a database of dress/textile terms in all languages of the British Isles 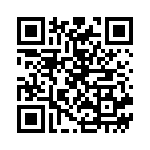