Seite 3
This text was written for publication by Clark Coolidge in his magazine Joglars,
Providence, R.I. (Vol. 1, No. 3, 1966). It is a mosaic of ideas, statements, words,
and stories. It is also a diary. For each day, I determined by chance operations
how ...
Seite 30
Written material in Japan is in great demand. The newspapers, magazines, and
the radio constantly need it. In December of 1963 the Japanese Radio asked me
to greet the music-lovers of Japan on the occasion of the New Year (and not to ...
Seite 145
Now that the following text is written (it was published in the summer of 1967 by
the Something Else Press, New York City, as a part of their Great Bear Pamphlet
Series, using a color structure which followed a suggestion by Dick Higgins.) ... 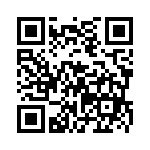