Timothy Venning is an independent scholar educated at the University of London, with thirty years‘ experience of historical research. His books include Chronology of the Roman Empire (2010) and Anglo-Saxon Kings and Queens (2011). 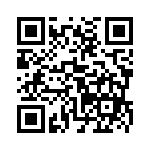