BATTLE CRIES AND LULLABIES: Women in War from Prehistory to the Present

Battle cries and lullabies: women in war from prehistory to the present

In a work infused with meticulous citations and presented in a logical chronology, De Pauw (history, George Washington Univ.; Seafaring Women, 1982) covers thousands of years and spans the globe to ... Vollständige Rezension lesen

Linda Grant De Pauw is President of the Minerva Center (an institution dedicated to studies of women in the military) and Professor Emeritus of History at George Washington University. She is the author of Founding Mothers: Women of America in the Revolutionary Era, "Remember the Ladies": Women in America, 1750-1815, and Seafaring Women. 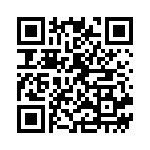