This book is not new having been written nearly fifteen years ago. However the recent events in the financial markets reveal that its message remains remarkably relevant. Handy begins by discussing ... Vollständige Rezension lesen

Charles Handy is a writer and broadcaster. His books, including The Empty Raincoat, have sold over one million copies around the world. He was named as Business Columnist of the Year in 1994. He has been, in his time, an oil executive, a business economist, a Professor at the London Business School, and Chairman of the Royal Society of Arts. 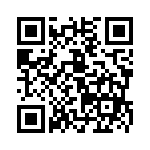