Interesting classification of animals by Aristotle. This book was an interesting assembly. Vollständige Rezension lesen

Aristotle, 384 B.C. - 322 B. C. Aristotle was born at Stagira, in Macedonia, in 384 B.C. At the age of 17, he went to Athens to study at Plato's Academy, where he remained for about 20 years, as a student and then as a teacher. When Plato died in 347 B.C., Aristotle moved to Assos, a city in Asia Minor, where a friend of his, Hermias, was ruler. After Hermias was captured and executed by the Persians in 345 B.C., Aristotle went to Pella, the Macedonian capital, where he became the tutor of the king's young son Alexander, later known as Alexander the Great. In 335, when Alexander became king, Aristotle returned to Athens and established his own school, the Lyceum Aristotle's works were lost in the West after the decline of Rome, but during the 9th Century A.D., Arab scholars introduced Aristotle, in Arabic translation, to the Islamic world. In the 13th Century, the Latin West renewed its interest in Aristotle's work, and Saint Thomas Aquinas found in it a philosophical foundation for Christian thought. The influence of Aristotle's philosophy has been pervasive; it has even helped to shape modern language and common sense. Aristotle died in 322 B.C. 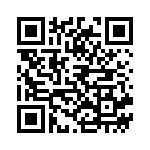