Juliana Geran Pilon teaches politics and culture at the Institute of World Politics in Washington, D.C. The author of The Bloody Flag and Notes From the Other Side of Night, her writings have appeared in the Wall Street Journal, The American Spectator, The National Interest, The Freeman, Humanitas, and many other publications both in the United States and abroad. Born in Romania, she received her Ph.D. in philosophy from the University of Chicago, then held post-doctoral fellowships in international affairs at Stanford UniversityOs Hoover Institution on War, Revolution, and Peace and the Institute of Humane Studies. During the 1990s she was Vice President of Programs at IFES (International Foundation for Election Systems) and is a member of the Council on Foreign Relations. 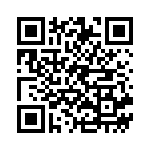