Seite 9
Sublimity accrues through the private production of an abyss ( “ vacant space ” )
or delusion of textual displacement ( “ empty spirit ” ) out of which selfhood can
emerge to inaugurate claims of strong interpretation tied , as if a cultural given , to
...
Seite 35
Even using the ego - model of oedipal selfhood that obtains in Bloom , to this “
imaginary couple ” of the sublime poet mirroring selfhood through his image of an
idealized precursor must be added the monstrous third of social reality , which ...
Seite 150
The New World terrain rebegets a new form of selfhood , as well as sublime
forms of poetry issued from and as this male selfhood . In “ Song of Myself , ”
whirled by an orchestra in stanza 26 “ wider than Uranus flies , ” Whitman passes
beyond ... 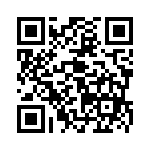