E. A. J. Honigmann was, until his retirement, Joseph Cowen Professor of English Literature at the University of Newcastle-upon-Tyne 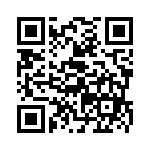