Seite 379
In foreign affairs , indeed , the Queen had unusual opportunities . English
Cabinets were formed , as a rule , as a result of substantial agreement upon
home affairs . Foreign questions were , therefore , likely to cut across these
loyalties , and ...
Seite 381
foreign affairs . In 1864 , when the Queen vehemently opposed the popular
support of Denmark , she was subjected to public criticism in newspapers , and
even , on one occasion , to a hint by Lord Ellenborough in the House of Lords
that she ...
Seite 394
expressed in a special charter for the protection of foreign merchants , issued by
Edward I in the year 1303 . * This document , known as the Carta Mercatoria ,
and addressed to his faithful subjects by Edward , “ King of England , Lord of
Ireland ... 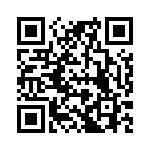