Geoffrey Chaucer, one of England's greatest poets, was born in London about 1340, the son of a wine merchant and deputy to the king's butler and his wife Agnes. Not much is known of Chaucer's early life and education, other than he learned to read French, Latin, and Italian. His experiences as a civil servant and diplomat are said to have developed his fascination with people and his knowledge of English life. In 1359-1360 Chaucer traveled with King Edward III's army to France during the Hundred Years' War and was captured in Ardennes. He returned to England after the Treaty of Bretigny when the King paid his ransom. In 1366 he married Philippa Roet, one of Queen Philippa's ladies, who gave him two sons and two daughters. Chaucer remained in royal service traveling to Flanders, Italy, and Spain. These travels would all have a great influence on his work. His early writing was influenced by the French tradition of courtly love poetry, and his later work by the Italians, especially Dante, Boccaccio, and Petrarch. Chaucer wrote in Middle English, the form of English used from 1100 to about 1485. He is given the designation of the first English poet to use rhymed couplets in iambic pentameter and to compose successfully in the vernacular. Chaucer's Canterbury Tales is a collection of humorous, bawdy, and poignant stories told by a group of fictional pilgrims traveling to the shrine of St. Thomas a Becket. It is considered to be among the masterpieces of literature. His works also include The Book of the Duchess, inspired by the death of John Gaunt's first wife; House of Fame, The Parliament of Fowls, and The Legend of Good Women. Troilus and Criseyde, adapted from a love story by Boccaccio, is one of his greatest poems apart from The Canterbury Tales. Chaucer died in London on October 25, 1400. He was buried in Westminster Abbey, in what is now called Poet's Corner.

John H. Fisher, the former President and Executive Director of The New Chaucer Society and of the Modern Language Association of America, is the author of The Importance of Chaucer and of The Emergence of Standard English. He is editor of The Complete Poetry and Prose of Geoffrey Chaucer and of An Anthology of Chancery English. 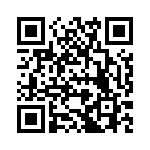