Seite 313
The Constitution and the Union must be preserved , whatever may be the cost in
time , treasure , and blood . If secession is successful , other dissolutions are
clearly to be seen in the future . Let neither military disaster , political faction , nor
...
Seite
By F. V. GREENE , First Lieutenant in the Corps of Engineers , U , S. Army , and
lately Military Attaché to the U.S. Legation at St. Petersburg . One vol . , 8vo .
Cloth . With Atlas containing 26 Plates of Maps , Plans , etc. , printed ( with a few ...
Seite
As an attaché to the St. Petersburg sharpened by a scientific military education ,
Legation , he has had the opportunity of becom . Lieutenant Greene was well
qualified to all the ing acquainted with the Russians in peace as honorable
position ... 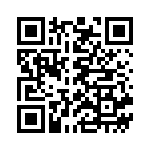