A book about a young man's travels, published in 1768. Though this book was a bit tedious and dragged on about trivial events some, but nevertheless, I found it highly entertaining and funny. The ... Vollständige Rezension lesen

Ian Jack is professor of English literature at Pembroke College, Cambridge University, a position he has held since 1976. He was born in 1923 in Edinburgh, Scotland, and graduated from the University of Edinburgh with first class honors in 1946. In 1949, he received a D.Phil. from Merton College, Oxford University. His studies of English literature include Augustan Satire: Intention and Idiom in English Poetry, 1660-1750; The Poet and his Audience; and The Poetical Works of Robert Browning. 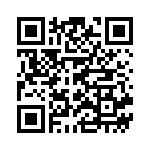