An interesting biography of C. S. Lewis that focuses on his intellectual shifts throughout life and the intellectual issues that influenced his work. I found the beginning and ending engrossing, but the middle 4 or 5 chapters dragged significantly for me. Vollständige Rezension lesen

If you are looking for a book that will merely be a biography of C.S. Lewis this may not be the book for you. This book gives a brief biography of his life but is probably at least half an analysis of ... Vollständige Rezension lesen

Seite 8 - And all the rule, one empire; only add Deeds to thy knowledge answerable, add faith, Add virtue, patience, temperance, add love, By name to come called charity, the soul Of all the rest: then wilt thou not be loth To leave this Paradise, but shalt possess A paradise within thee, happier far.
Wird in 595 Büchern von 1746 bis 2008 erwähnt
Seite xxvi - Ah ! gentle pair, ye little think how nigh Your change approaches, when all these delights Will vanish, and deliver ye to woe ; More woe, the more your taste is now of joy...
Wird in 275 Büchern von 1754 bis 2007 erwähnt
Mehr
Seite 26 - Just then a scout came flying, All wild with haste and fear: "To arms! to arms! Sir Consul, — Lars Porsena is here." On the low hills to westward The Consul fixed his eye, And saw the swarthy storm of dust Rise fast along the sky.
Wird in 250 Büchern von 1832 bis 2008 erwähnt
Seite 13 - ... falls on castle walls And snowy summits old in story; The long light shakes across the lakes And the wild cataract leaps in glory. Blow, bugle, blow, set the wild echoes flying: Blow, bugle; answer, echoes, dying, dying, dying. O hark, O hear ! how thin and clear, And thinner, clearer, farther going! O sweet and far, from cliff and scar, The horns of Elfland faintly blowing!
Wird in 879 Büchern von 1832 bis 2008 erwähnt
Seite 45 - Therefore since the world has still Much good, but much less good than ill, And while the sun and moon endure, Luck's a chance, but trouble's sure, I'd face it as a wise man would, And train for ill and not for good.
Wird in 162 Büchern von 1887 bis 2008 erwähnt
Seite 127 - Magdalen, night after night, feeling, whenever my mind lifted even for a second from my work, the steady, unrelenting approach of Him whom I so earnestly desired not to meet. That which I greatly feared had at last come upon me. In the Trinity Term of 1929 I gave in, and admitted that God was God, and knelt and prayed: perhaps, that night, the most dejected and reluctant convert in all England.
Wird in 83 Büchern von 1955 bis 2007 erwähnt
Seite 229 - There are no ordinary people. You have never talked to a mere mortal. Nations, cultures, arts, civilizations - these are mortal, and their life is to ours as the life of a gnat. But it is immortals whom we joke with, work with, marry, snub, and exploit - immortal horrors or everlasting splendours.
Wird in 75 Büchern von 1941 bis 2008 erwähnt
Seite 239 - God, Thou that art the God of my health : and my tongue shall sing of Thy righteousness.
Wird in 357 Büchern von 1706 bis 2007 erwähnt
Seite 147 - Now the story of Christ is simply a true myth: a myth working on us in the same way as the others, but with this tremendous difference that it really happened: and one must be content to accept it in the same way, remembering that it is God's myth where the others are men's myths: ie the Pagan stories are God expressing Himself through the minds of poets, using such images as He found there, while Christianity is God expressing Himself through what we call 'real things'.
Wird in 39 Büchern von 1979 bis 2008 erwähnt
Seite 49 - I am trying here to prevent anyone saying the really foolish thing that people often say about Him: 'I'm ready to accept Jesus as a great moral teacher, but I don't accept His claim to be God.' That is the one thing we must not say. A man who was merely a man and said the sort of things Jesus said would not be a great moral teacher. He would either be a lunatic — on a level with the man who says he is a poached egg — or else he would be the Devil of Hell. You must make your choice. Either this...
Wird in 96 Büchern von 1920 bis 2008 erwähnt
Weniger 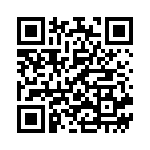