Seite 53
Borrowing on consols , as the English call it , or open - market operations , as it is called in New York , have had to be used to " force the market into the Bank . ” The hiding of reserve strength by one means or another has been ...
Seite 135
Given human imperfections , criminalities , differences , and combativeness , a certain amount of organized force will always be necessary to government . Now war , as we have seen , is merely organized force between human groups .
Seite 231
Each of the great dreams of history has , for a while at least , rolled forward with the force of a tidal wave , sweeping before it the barriers of tradition . The renaissance and the reformation , as recent examples , spread over ... 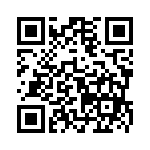