This one had a (very) few interesting elements, and the account of the plague overwhelming the world was pretty chilly ... but overall, hardly a surprise this this novel has been largely forgotten. Vollständige Rezension lesen

Mary Shelley’s “The Last Man” showed promise near the beginning: “There is no fruition in their vacant kindness, and sharp rocks lurk beneath the smiling ripples of these shallow waters.” And then ... Vollständige Rezension lesen

Anne McWhir is a Professor in the English Department at the University of Calgary, and a specialist in late eighteenth-century and early nineteenth-century fiction. 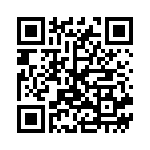