Seite 4
I saw also that this self-immolation of the mind was actuated by powerful moral
motives. The mechanical course of ... Scientific skepticism would trust only
material necessity for achieving universal brotherhood. Skepticism and
utopianism had ...
Seite 57
The self- destructive tendencies of the modern mind arose only when the
influence of scientific skepticism was combined with a fervor that swept modern
man in the very opposite direction. Only when a new passion for moral progress
was ...
Seite 59
The unprecedented critical lucidity of modern man is fused here with his equally
unprecedented moral demands and ... Scientific skepticism and moral
perfectionism join forces then in a movement denouncing any appeal to moral
ideals as ...

This book contains, or at least it's based on, a series of lectures given by Polanyi in the 1960's. It's quite short and only gives a basic introduction to Polanyi's philosophy of science, so ... Vollständige Rezension lesen 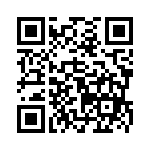