Seite 4
Mr. Lloyd George's contempt for Lord Curzon , who succeeded Lord Balfour as
Secretary of State , everyone knows , since he advertised it in one of his many
choleric outbursts during the last elections . And it had already long been an
open ...
Seite 18
It is certainly not met by the two documents which Lord Birkenhead disclosed in
the House of Lords in order to shuffle off responsibility on to Lord Curzon . That
boomerang has recoiled on to his own head and Mr. Lloyd George's . The Note ...
Seite 413
Birkenhead , Lord - and Ireland , 156 Cassel , Dr. , 31 Bismarck , Prince , 304
Cassiodorus , 105 Bock , Hieronymus , 111 Cattle - removal of embargo on
Canadian Bolshevism - Mr . Lloyd George's policy store cattle , 382 ; condition of
home ... 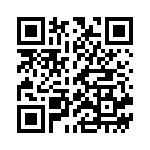