Seite 3 - This play has many just sentiments, some natural dialogues, and some pleasing scenes, but they are obtained at the expence of much incongruity. To remark the folly of the fiction, the absurdity of the conduct, the confusion of the names, and manners of different times, and the impossibility of the events in any system of life...
Wird in 107 Büchern von 1788 bis 2008 erwähnt 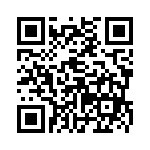