Seite 23
When these latter were all secured , Adario told them that he had been informed
by the Governour of Canada , that fifty of their warriours were to pass that way
about this period , and that he had formed this ambush to intercept them .
Seite 185
... and in the latter end of April is at its full , continuing so to the latter end of June .
When at its height it overflows the surrounding country , fills the canals dug for its
reception , without the slightest exertion of labour , and facilitates agriculture in ...
Seite 214
... be maintains the originality of his speculations , so far as regarded lleyne ; and
, by the quotation of passages from the works of the latter , would pere that lieyne
, rotwithstanding his repeated assertions , coud noi , anu did not , entertain the ... 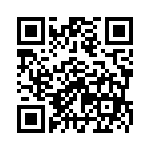