Seite 387
Under General Rutherford Hayes , who followed Grant in the Presidency , conditions were a little less corrupt . Businessmen no longer had as powerful an influence as they had managed to gain under Grant , though they still could call ...
Seite 544
Then that great , and when he was gone by the crowd swarmed to- pale , silent , solid crowd drew a deep breath and gether and followed him at a distance , talking looked into one another's faces as if they said : excitedly and asking ...
Seite 557
His Life of Albert Gallatin ( 1879 ) was followed by an anonymous novel , Democracy , in 1880 , by his biography of John Randolph in 1882 , and by a second novel , Esther , published under a feminine pen name , in 1884. 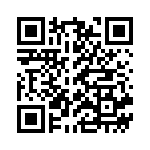