John Beer is emeritus professor of English literature at the University of Cambridge. His books include Coleridge the Visionary, Blake's Humanism, and Wordsworth and the Human Heart. 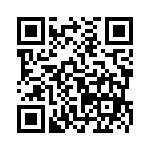