Seite 185
Aside from its fate when brought to the test of evolutionary truths , there was never offered to the human mind , as I think , a scheme of thought , or a conception called religious , so unreasonable and preposterous in all its main ...
Seite 186
Not one of the Gospels , nor the book called “ The Acts of the Apostles , " is verifiable . Intrinsically , they are entirely incredible . They are a tissue of myths , traditions and what may be called “ old wives ' tales .
Seite 192
All I can say of them is that , if they might be called ingenious speculations , they are tenuous , misty and quite inconclusive , and not even valuable as arguments . My conclusion is , therefore , on all grounds , that “ Death ends ... 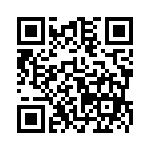