Seite 222
In Mr . Craik ' s report of the trial , in England , of Colonel Turner , for burglary (
1664 ) , it is stated that “ the judge with his indecent wipes and the prisoner with
his irrepressible impudence were well matched . ” A perusal of the report , we
think ...
Seite 227
If he could so waive or forfeit his rights , the question whether he has in fact done
so must , in the nature of things , be determined by the opinion of the judge , and
so , all these sanctions for life and liberty that have sprung from dear experience
...
Seite 257
It would appear that a court for the trial of causes in the first instance should be .
composed of one or three judges . The salaries of these officers , if there ... In
ordinary cases , a single judge could hold the term . In extraordinary causes , and
in ... 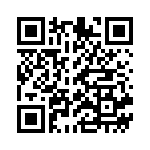