Walt Whitman was born in 1819. He worked as a journalist and newspaper editor for many years before the appearance of his Leaves of Grass in 1855. First acclaimed in England, Whitman's "liquid, billowy waves" of unrhymed, unmetered verse have been deeply influential in the shaping of modern American poetics. During the Civil War, Whitman worked as an "unofficial nurse," tending the wounded of both sides in army hospitals. He suffered a stroke in 1873, and thereafter lived in semiretirement in Camden, New Jersey, until his death in 1892. 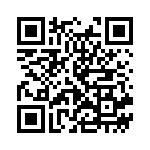