Seite v
German Realities, 5171 Philippine Independence, 443 ; The German Interlude, 108. German Interlude, The, 108. German Realities, 517. Grace Before Thought (Poem), 545. Grand Manan (Poem), 76. Grattan, C. Hartley.
Seite 229
But none of these templated conquests is , of course , danger - zone lands regarded the incontrovertible ; but that the extent spectre of the German Bully with of these conquests would have been the panicky fear in which he was more ...
Seite 232
The wartime Reichstag , were openly Flemish , looking to Germany as a against annexation ; and the Reich- liberator , could easily have gravistag's stirring Peace Resolution of tated into the German orbit upon an July 19 , 1917 , was ... 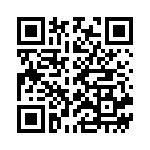