Seite 313
In the fundamental parts of our constitution , we made no revolution , no , nor any
alteration at all . We did not impair the monarchy . The nation kept the same rank ,
the same subordinations , the same franchises , the same order in the laws ...
Seite 589
language , restore the constitution to its original purity and force , it was scarcely
possible not to entertain a suspicion that they hoped , by expressing expectations
they did not entertain , to draw the Prince over to their party , and to extract that ...
Seite 593
-that constitution which placed my family upon the throne of these realms ; that
constitution which has been long our pride ... constitutional , and religious liberty ,
in the midst of a subjugated and desolated world ; that constitution for which my ... 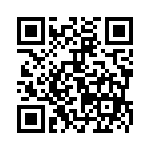