Anthony Clifford "A. C." Grayling is a British philosopher. In 2011 he founded and became the first Master of New College of the Humanities, an independent undergraduate college in London. Until June 2011, he was Professor of Philosophy at Birkbeck, University of London, where he taught from 1991. Grayling was born and raised in Luanshya, Northern Rhodesia (now Zambia). After moving to England in his teens, he spent three years at the University of Sussex, but said that although he applauded their intention to educate generalists, he wished to be a scholar, so in addition to his BA from Sussex, he also completed one in philosophy as a University of London external student. He went on to obtain an MA from Sussex, then attended Magdalen College, Oxford, where he was taught by P. F. Strawson and A. J. Ayer, obtaining his doctorate in 1981. He lectured in philosophy at St Anne's College, Oxford, before taking up a post in 1991 at Birkbeck, University of London, where in 1998 he became reader in philosophy. 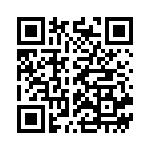