THE FLOODED EARTH: Our Future in a World Without Ice Caps

More doom and gloom about rising sea levels.NASA astrobiologist Ward (Biology and Earth and Space Science/Univ. of Washington; Under a Green Sky: Global Warming, the Mass Extinctions of the Past, and ... Vollständige Rezension lesen

One of the more confusing aspects of the IPCC report was how far oceans will rise. The numbers in the report were not very worrisome, but many scientists said the seas could rise much further. Peter ... Vollständige Rezension lesen

Peter D. Ward is a professor at the University of Washington in Seattle. He is the author of more than a dozen books, including the highly acclaimed Rare Earth with Donald Brownlee. He has appeared in the PBS documentary Shape of Life and as chief scientist in Animal Armageddon, a multipart series on species extinction on Animal Planet. He lives in Seattle, Washington. 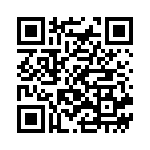