Seite 28 - God, and of one another, covenant and combine ourselves together into a civil body politic, for our better ordering and preservation, and furtherance of the ends aforesaid, and by virtue hereof to enact, constitute and frame such just and equal laws, ordinances, acts, constitutions, and offices, from time to time, as shall be thought most meet and convenient for the general good of the colony, unto which we promise all due submission and obedience.
Wird in 754 Büchern von 1804 bis 2008 erwähnt 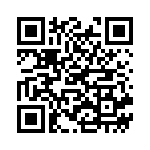