CHRISTOPHER R. DRAHOZAL is Professor of Law at the University of Kansas School of Law. 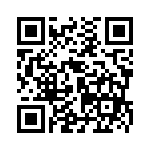