Adam B. Jaffe is Professor of Economics and Dean of Arts and Sciences at Brandeis University. He is the author, with Manuel Trajtenberg, of Patents, Citations, and Innovations: A Window on the Knowledge Economy. Josh Lerner is Jacob H. Schiff professor of Investment Banking at Harvard Business School, with a joint appointment in the Finance and the Entrepreneurial Management Units. His books include The Money of Invention. 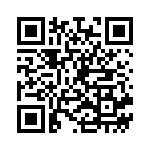