MARK J. ROZELL is Associate Professor of Politics at The Catholic University of America./e He is the author of eight earlier books on American politics.

WILLIAM D. PEDERSON is Professor of Political Science at Louisiana State University./e He is the editor of numerous books on the presidency.

FRANK J. WILLIAMS is Superior Court Judge in Rhode Island and the editor of several books on the presidency./e He is former president of the Abraham Lincoln Association. 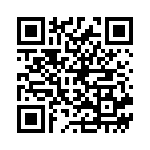