Vernon L. Grose is the central figure in the famous Science Textbook Struggle. Simply responding to a newspaper editorial, he was drawn into an unbelievable role of treading through a minefield of conflicting forces. In the process, he was appointed as Curriculum Commissioner – even while engaged in his unrelated profession. 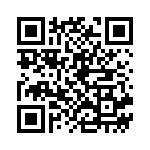