This fascinating work of social history explores the infamous gin craze of the 18th century, immortalised in such sayings as "drunk for a penny, dead drunk for tuppence" and in Hogarth's famous sketch ... Vollständige Rezension lesen

While I expected a general overview of gin, how it was invented, how it was/is made, its various styles, and its history, that is not what this book provides. It actually provides a social history of ... Vollständige Rezension lesen 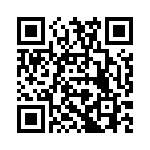