Seite 153
To pacify Cćpio , Pompey ' s daughter was given him in exchange for Cćsar ' s
daughter , and no one was deterred by the fact that Pompey ' s daughter was
engaged to Faustus , the son of Sylla . Cćsar may have thought it only fair
reprisals ...
Seite 285
most interesting , daughter of Atticus , pet of Cicero — there is no one to tell us
what became of her . “ Dead or divorced , ” says an obscure line , but that we
should know without the telling , since Marcella suddenly appears as the wife of ...
Seite 286
Then the model matron , Octavia , who had been match - making , and in it match
- marring , all her life , fixed her fatal eyes on Tiberius and bade the Emperor
mark how fit it was that Livia ' s son should marry Augustus ' s daughter , and thus
... 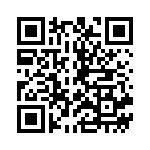