Gregory G. Colomb is Associate Professor of English at the University of Illinois at Urbana-Champaign and co-author of Style: Toward Clarity and Grace (1990). 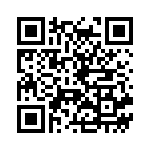