Peter D. Ward is a Professor of Biology and Earth and Space Sciences at the University of Washington in Seattle. He also serves as an astrobiologist with NASA. Ward is the author of more than a dozen books, including the highly acclaimed Rare Earth: Why Complex Life Is Uncommon in the Universe with Donald Brownlee and Out of Thin Air: Dinosaurs, Birds, and Earth's Ancient Atmosphere. He appeared in the PBS documentary "Shape of Life" and was the chief scientist for Animal Planet's Animal Armageddon, a multi-part series on animal extinction. He lives in Seattle, Washington. 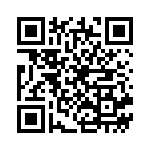