Fabulous book if you like the American Revolution or just want to learn more. The structure of the book is its best selling point--a chapter setting the stage and time frame of Colonial New England ... Vollständige Rezension lesen

An enjoyable and easy read that delves a little deeper into some of the events that occurred prior to and during the American Revolution. This aspect was a welcomed surprise to me, for I had expected a simple collection of biographies. Vollständige Rezension lesen

A.J. Langguth covered the war in Vietnam for "The New York Times" & served as its Saigon Bureau Chief in 1965, returning again for the paper in 1968 & 1970. A professor of journalism in the Annenberg School for Communication at the University of Southern California, Jack is also the author of eight previous books, including "Patriots: The Men Who Started the American Revolution." He lives in Los Angeles, California. 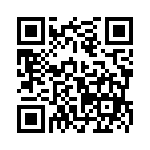