Pagina 314
By 1 792 Galvani's supposedly 'magnetic' frog experiments were proved to be
erroneous by Alessandro Volta: the mysterious 'vital ... animal itself, but from the
chemical action of the metal plates to which it was attached during experiments.
Pagina 329
Apparently holding back further details for a separate paper, Chenevix added to
Banks: 'In communicating these experiments to you who are at the centre, they
will immediately find their way to other Philosophers of London. Mr Davy I am
sure ...
Pagina 537
... early chemical experiments, 249-50; works with Beddoes at Pneumatic Institute
, 252-3, 255-9, 263; on human consciousness and physiology, 254-5; near-death
from inhaling carbon monoxide, 257-8; experiments with nitrous oxide, 258-67, ...

Richard Holmes is the author of the prize-winning and bestselling 'The Age of Wonder', which was shortlisted for the Samuel Johnson Prize and won the Royal Society Prize for Science Books (UK) and the National Book Critics Circle Award for Nonfiction (USA). He has written many other books including 'Falling Upwards', an uplifting account of the pioneering generation of balloon aeronauts, which was one of Time Magazine's Top 10 Non-Fiction Books of 2013. His trilogy exploring the Romantic Biographer at work, begun with the classic 'Footsteps', and its companion volume 'Sidetracks', is now completed by 'This Long Pursuit'. His first biography, 'Shelley: The Pursuit', won the Somerset Maugham Prize; 'Coleridge: Early Visions' won the 1989 Whitbread Book of the Year Award; 'Coleridge: Darker Reflections' won the Duff Cooper and the Heinemann Awards; 'Dr Johnson & Mr Savage' won the James Tait Black Prize. He holds honorary doctorates from the Universities of East Anglia, East London and Kingston, and was Professor of Biographical Studies at the University of East Anglia from 2001 to 2007. He is an Honorary Fellow of Churchill College, Cambridge, a Fellow of the British Academy, and was awarded the OBE in 1992. He lives in London and Norfolk with the novelist Rose Tremain. 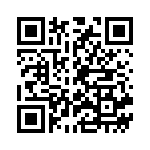