Seite 138
Meanwhile , the city of Los Angeles thought it had a solution : if Hawaii wanted to
become a part of the United States , the ... That city , which had just succeeded in
becoming a seaport by the expedient of annexing San Pedro , forty - odd miles ...
Seite 280
Next week , or next year , it might become an obsession , inextricably mixed with
his apprehension of the eternal loneliness of the grave . He tried to recapture the
specter , and could not . “ I feel so well today that I could commit suicide , ” he ...
Seite 110
At a time when the currency had become completely uncurrent , and the barbers
of Philadelphia were papering their shops with worthless notes , he re - floated it ,
simply by adding his own to the Congress's promise to pay . Robert Morris , in a ... 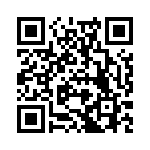