Jonathan Katz, best known as Comedy Central's Dr. Katz, was born in Canada and raised in Brooklyn, New York. He attended Goddard College in Plainfield, Vermont. Katz worked as a standup comic before creating an animated short for Comedy Central, A Biography of Mr. Katz. It was renamed Dr. Katz, Professional Therapist, and became an Emmy-winning television show guest-starring many top comedians, such as Gary Shandling, Steven Wright and Janeane Garofalo. The success of the show led to the book Comedy Central's Dr. Katz: Hey, I've Got My Own Problems and the audiocassette Dr. Katz's Therapy Sessions. His book, The Big Truck That Went By: How the World Came to Save Haiti and Left Behind a Disaster, won the Cornelius Ryan Award. 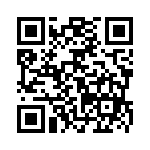