Colin Renfrew (Lord Renfrew of Kaimsthorn) was formerly Disney Professor of Archaeology and Director of the McDonald Institute for Archaeological Research in the University of Cambridge, and Master of Jesus College Cambridge from 1986 to 1997. He has excavated at a number of sites in prehistoric Greece and in the Orkney Islands, and is the author of many publications, including Prehistory: the making of the human mind (2008). He is Fellow of the British Academy, Foreign Associate of the National Academy of Sciences of the USA, and was the recipient of the Balzan Prize in 2004. 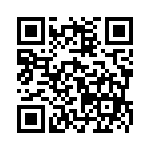