Noah J. Efron chairs the Graduate Program in Science, Technology and Society at Bar Ilan University, in Israel. He is also President of the Israeli Society for the History and Philosophy of Science. Efron has been a member of the Institute for Advanced Science in Princeton, a fellow of the Dibner Institute for History of Science and Technology at the Massachusetts Institute for Technology, and a fellow at Harvard University. He is the author of numerous scholarly essays about Jewish Natural Philosophy in early modern Europe, and his essays on the politics of religion and the politics of science have appeared in The Jerusalem Report, Midstream, Tikkun, Jewish Action, Hadassah Magazine, The World Jewish Digest, and the Boston Book Review. 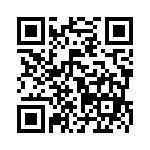