John Irving published his first novel at the age of twenty-six. He has received awards from the Rockefeller Foundation, the National Endowment for the Arts, and the Guggenheim Foundation; he has won an O. Henry Award, a National Book Award, and an Academy Award. Mr. Irving lives with his family in Toronto and Vermont."From the Trade Paperback edition. 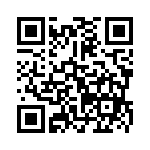